Alex Brower: The Leader Who Will Fight for True Progressive Change in MPS 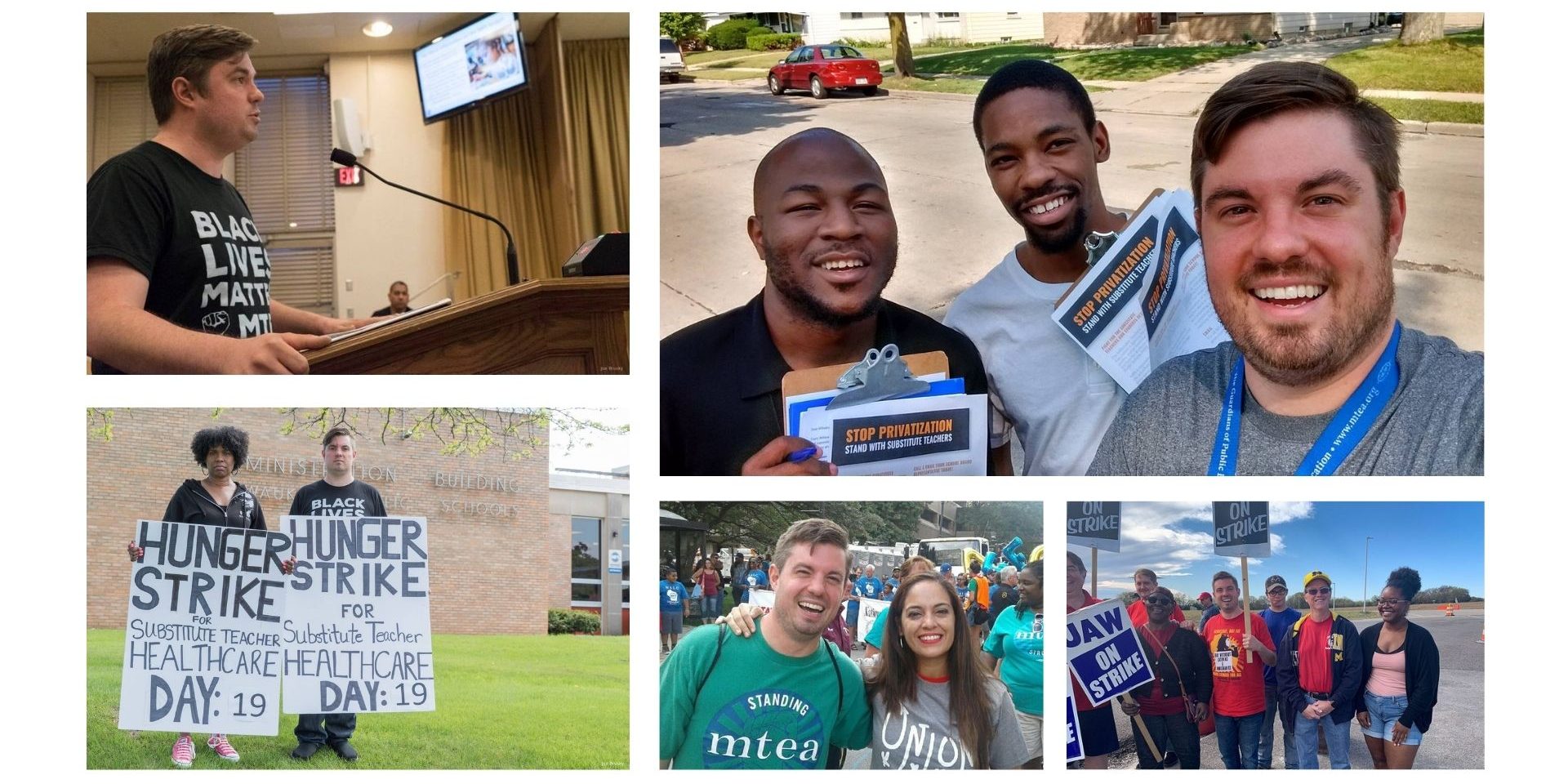 As the only MPS educator running in District 5, Alex has seen firsthand how current policies are failing our majority Black and Brown student population. From policies that criminalize student behavior and worsen the school-to-prison pipeline, to privatization, over-testing and underfunding, MPS is in need of transformative change. Unfortunately, too many politicians in this city say that they will make progressive change while they’re running for office, but fail to deliver once they are elected. We can’t continue down this path in MPS – there is too much at stake for students and our community.

As an active community leader and democratic socialist, Alex Brower is the only candidate in this race who comes from and is accountable to social movements. He has been making change in our community for years, and has proven time and again that he has the courage to fight the political establishment in this city and make the urgent and necessary changes that all MPS students deserve. Alex Brower not only talks the talk, he walks the walk – and has the track record to prove it.

Since high school, Alex has been advocating for high-quality public schools. He attended his first school board meetings in his hometown of Jefferson, Wisconsin when he was 15 years old advocating against budget cuts to foreign language programs. As a teenager, Alex also joined the Coalition for a Better Jefferson, fighting against the construction of a WalMart Supercenter that threatened the economic wellbeing of his community.

Alex continued organizing for public schools as a student at Beloit College. After learning about the sharp increase in teen pregnancies in Beloit due in part to a regressive, abstinence-only sex education program in the public school system, Alex and other students organized a community coalition to bring comprehensive sex education to the Beloit school system.  In 2009, the coalition helped to elect union-backed progressives to the Beloit School Board, defeating right-wing candidates advocating for the status quo. These newly elected school board directors succeeded in making comprehensive sex education a part of the School District of Beloit curriculum, helping to ensure that young people have the knowledge they need to make healthy choices about their reproductive health.

In 2011, when former Governor Scott Walker and his cronies “dropped the bomb” against public sector workers with Act 10, prompting unprecedented mass protests, Alex joined with his union sisters and brothers at the State Capitol for weeks, demanding an end to the attack on workers. Alex then worked full-time on the effort to recall Walker in 2012.

Alex moved to Milwaukee in 2011 to work for the United Food and Commercial Workers Local 1473.  As a union organizer, Alex organized housekeepers to save dozens of jobs and helped some workers at a food processing facility organize a union.

In addition to fighting for strong public schools and workers rights, Alex is also passionately involved in the climate justice movement.  In the fall of 2013, Alex was part of a movement to defeat the proposed Gogebic Taconite Mine in Northern Wisconsin.  To protest the mine, Alex engaged in direct action by walking 99 miles from Milwaukee to Madison in 7 days.  You can read about that here and here.

In addition, as a member of the People’s Climate Coalition, Alex and 10 others engaged in a peaceful sit-in at the Wells Fargo Bank in downtown Milwaukee demanding that they cease their investments in fossil fuels.  The “Milwaukee 11” sat down for several hours and were arrested for their actions on December 6, 2019.  You can read about that here and here.

Today, Alex continues to work hard for change as the Executive Director of the Wisconsin Alliance for Retired Americans, advocating for the rights of retirees and working alongside organized labor.  He is involved in a number of community organizations:

As an elected member of the Milwaukee School Board of Directors, Alex will continue to fight for high-quality public schools and a just society. Check out his Platform for MPS here. His track record shows that he’s an effective leader who will fight alongside social movements for the transformative change that our students, education workers and community deserve.

Alex Brower would be honored to earn your vote for School Board District 5 on Tuesday, April 6!

Alex Brower is Proud of His Work to Found a Community-Controlled Credit Union
April 1, 2021