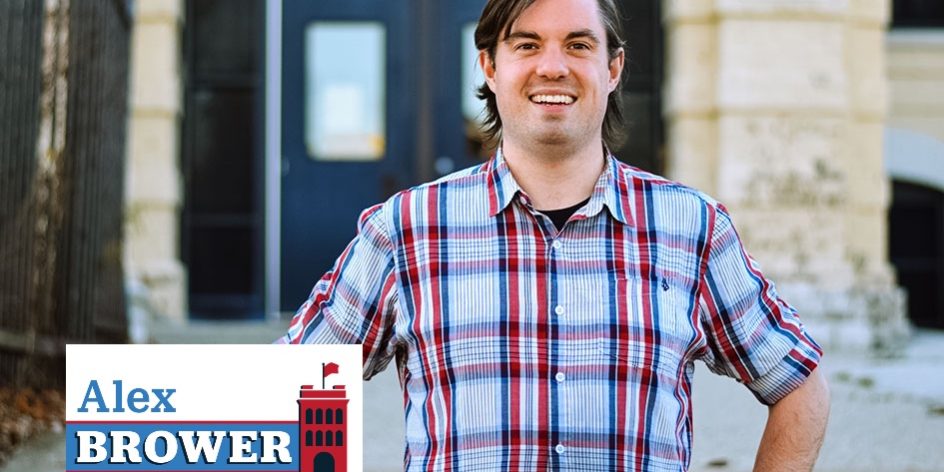 From day one of our campaign, we’ve set out to stand up for regular working people in this city and fight for the bold changes that MPS students desperately need and deserve. Unfortunately, our opponent and the establishment backing her campaign won’t stand for it. They recently recruited Daniel Bice, a reporter from the Milwaukee Journal Sentinel, to drum up a substanceless hit piece against us. The piece attacks Alex for his efforts to start a community-controlled credit union called the New Economy Credit Union (NECU) with fellow residents of the 53212 zip code. This is a desperate attempt to damage his character.

What started as an effort by Alex and fellow community members to address the Milwaukee working classes’ lack of access to financial resources ended with the discovery that the laws governing the chartering of new credit unions are heavily biased against the 99%. In order for their proposed credit union to be chartered, the state demanded that they raise at least $300,000 in start up capital. Raising this amount of money in a historically redlined, working class community proved insurmountable, and the credit union organizing committee decided to abandon the effort this past summer.

The NECU organizing committee is currently working with their fiscal agent to determine what funds remain, if any. If there are remaining funds, the committee has considered donating those funds to an effort that would benefit the community, or seek to return donations to those who donated in proportion to the amount donated. Alex, and the organizing committee, are proud of their efforts to lay the groundwork for future enterprises like this one.

The barriers to building financial independence in working class communities are erected by a racist capitalist class that exploits our labor, hoards our wealth, and locks us in cycles of debt just so we can put food on the table. The capitalists know that if we had our own institutions for borrowing and savings, we wouldn’t be forced to play their game of payday loans and subprime mortgages. Instead, our government bails out the banks for criminal behavior, while failing to provide low cost financial services to underserved communities.

Bice, our opponent and the establishment backing her seem to think this somehow disqualifies Alex from serving on the school board. Maybe, from the perspective of our opponent and the wealthy elites backing her, raising $300,000 is no big deal? If so, it just shows how out of touch our opponent and establishment supporters are to the actual struggles of poor and working class people in District 5.  In their minds, pursuing bold ideas disqualifies Alex from being a leader in our community. But we couldn’t disagree more. We need more regular, working class people to run for office and fight back against the status quo.

Our campaign is deeply disappointed that Alex’s opponent would choose to try to falsely discredit Alex and others in District 5 for trying to do something good for our community, instead of focusing on the important and urgent issues facing MPS students. From the beginning of this campaign, Alex Brower and his supporters have never once publicly disparaged our opponents and have chosen to focus on what’s most important in this race: the issues and solutions that will benefit MPS students and our community – not play dirty political tricks to try to win political points.

We wrote this blog post because we want to continue to be accountable to you – the voters and residents of District 5. If you have any questions for Alex or our campaign, please don’t hesitate to contact us at voteforalexbrower@gmail.com.

Here is a letter that one of the NECU supporters and consultants, Barbara Eckblad from the Eckblad Group, LLC, wrote to Dan Bice on 4/2/21 in response to his biased column:

I read your article yesterday about the work Alex Brower led in trying to stand up a credit union to provide healthy and affordable financial products to residence of the 53212 zip code. I live in Milwaukee and work nationally with alternatives to banks that serve all those folks banks don’t serve: low income, People of Color, women, immigrants, refugees. Some credit unions serve those constituents as well. These organizations are certified by the Department of Treasury as Community Development Financial Institutions. Those are the organizations I support in my consulting.

I share this background with you because I am familiar with the work Alex, Rick Banks and the New Economy Credit Union organizing committee did to explore the feasibility of starting a credit union. When I learned of their effort I offered some pro bono consulting to the committee to support their effort, understanding the inequitable access folks in that zip code have, and have historically had, to healthy and affordable financial products, and how critical those products are for anyone who lives in our country. I was very impressed with the rigor the committee had in their work, their transparent management of the meager funds they had raised, and their clear understanding of the kind of Herculean effort it would take, along with a bit of luck, to be successful. I am very busy in my work and do not waste pro bono hours on hair-brained ideas, trust me.

As part of my work with them I recommended that the organizing committee send Rick and Alex to the national conference for low income community credit unions. The conference would provide an opportunity for them to shorten their learning curve and meet others who has done what they were trying to do. I believe I even provided introductions to some national leaders I knew who would be attending. The committee was clear that they loved the idea and had no ability to do that because of their tight budget. So, believing in their work, I personally raised the funds for them to go to the conference by sharing their story with some of my friends and asking for a contribution. I remember asking them to take a picture of two while they were there and send them to me. I was very excited for them. Which brings me to your story yesterday.

I am discouraged that you appear to have only skimmed the surface, finding disjointed “facts” in your research before writing the story. I find that unfortunate. These distort what would otherwise have been an opportunity to tell a much richer story of a group of people who were trying to improve the lives of Milwaukeans who have been historically disenfranchised from economic opportunity. My hope is that you revisit the facts more deeply and broadly and tell that story instead. It is there to be told.

Thank you for your consideration,

Alex Brower: The Leader Who Will Fight for True Progressive Change in MPS
April 5, 2021